I decided to work my way through the Craftsy class “Sewing Bras – Designer Techniques” from Beverly Johnson. The first lesson is about how to change your full band bra into a partial band bra. This is not so difficult once you understand the main difference between both styles. In a full band bra the channeling for the wires lies outside the cups and is sewn onto the band. In a partial band bra the channeling lies inside the cup. This is logically as there is no band under the cup where the channeling could be sewn onto. Basically you have to make the cups bigger at the side where the channeling will be and change the band and bridge.

I used my TNT Merckweardigh BHS10 pattern and here is what I came up with: 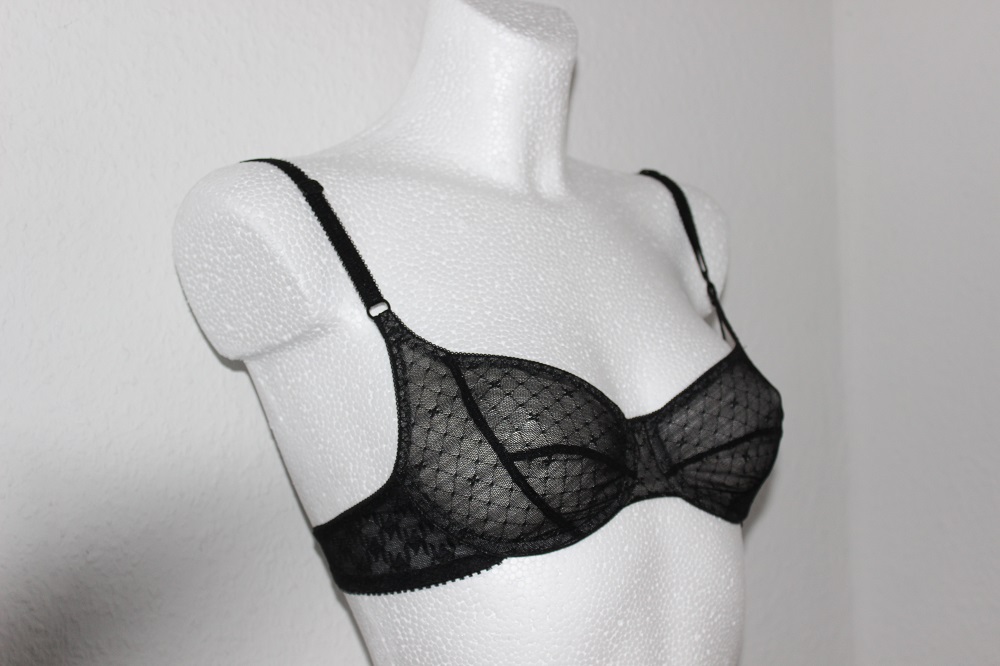 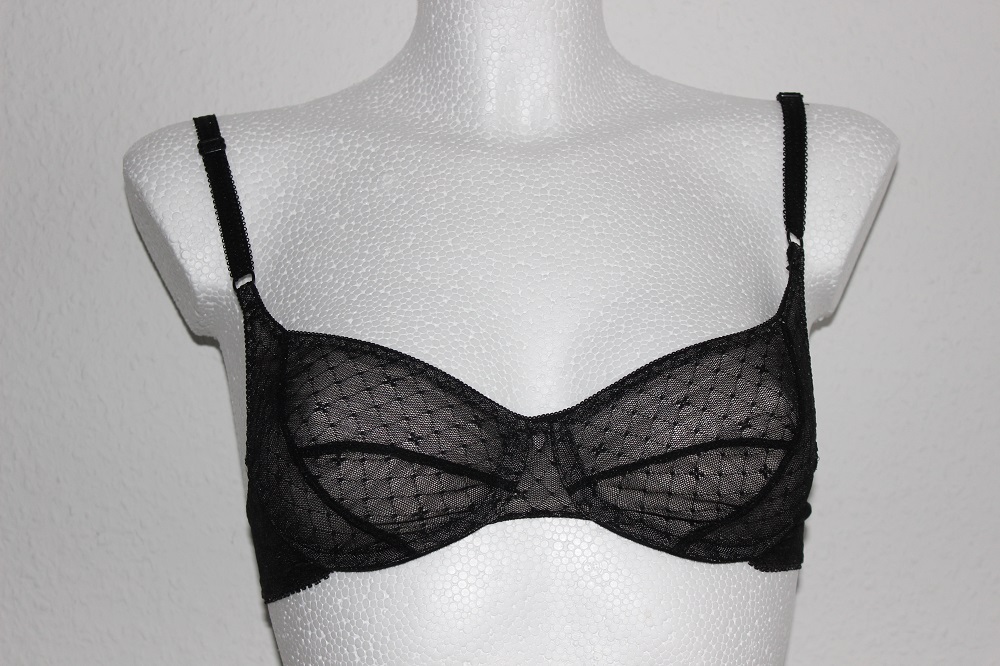 Besides of changing the pattern to a partial band bra I also altered the straps. For this more delicate bra I did not want to have the fabric straps. So I just cut them of.

I still have a lot of that stretchy lace fabric left over that I used for my lady shorts and the bralette. In fact I wanted to make a bra that goes with the ladyshorts. The cups are lined with unstretchy skin colored tulle. The band is one layer of powernet. 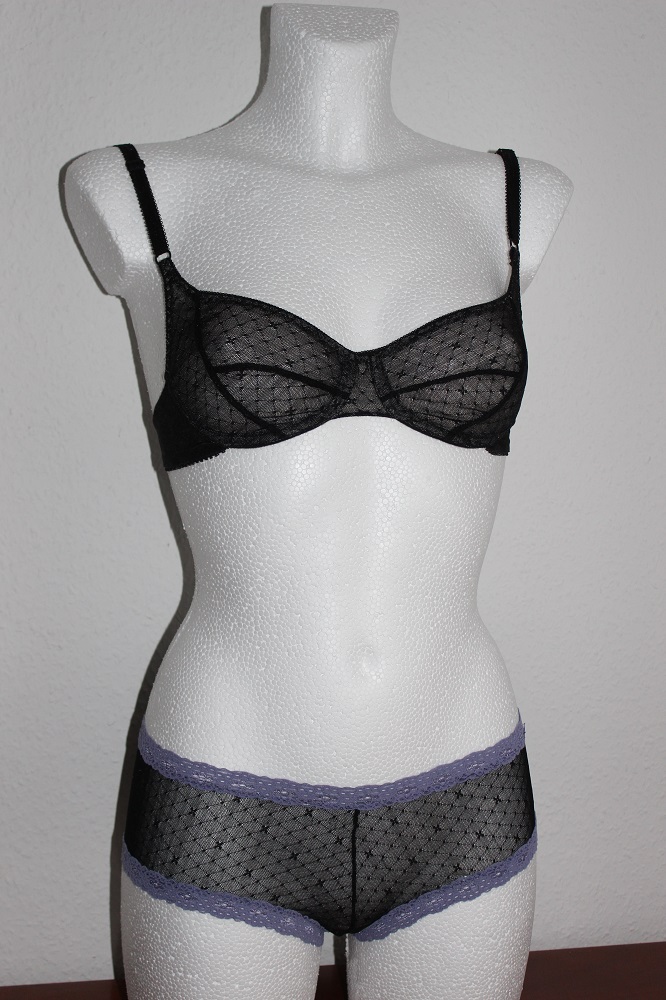 The order of construction is a bit different than for a full band bra, but Beverly also explains how to sew the partial band bra in the class. I like how a lot of the inside seams are finished with the channeling. Who does not love a clean inside? For the neckline I tried a new to me technique and finished it with a picot elastic. I like the look. 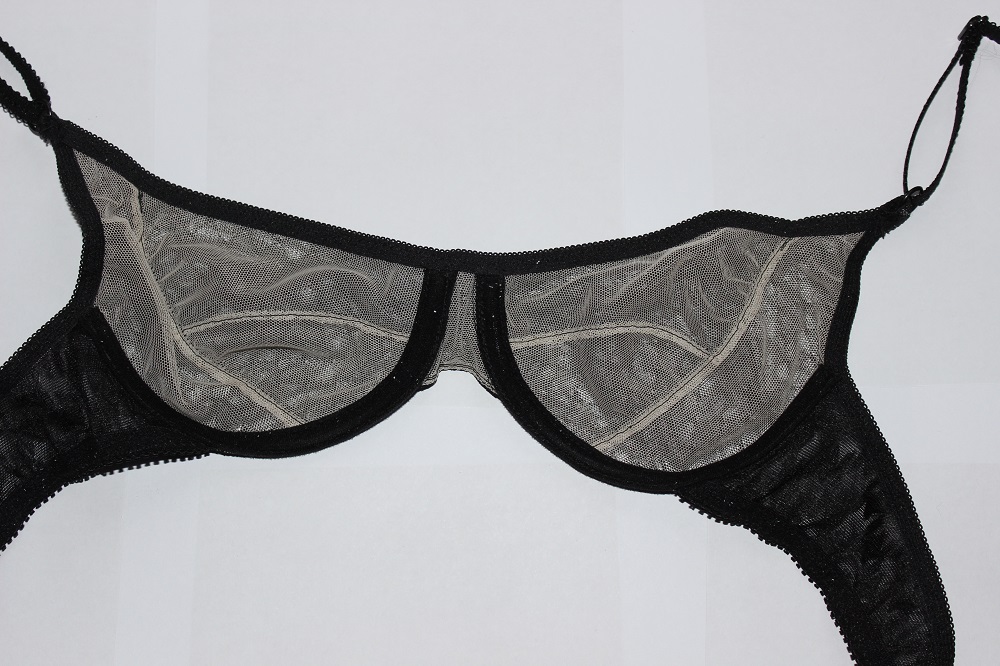 Unfortunately, I think I made a mistake with the bridge. It turned out to be too wide, and it is about 0.5 cm wider than on my other bras. This causes the upper cup to make wrinkles. You do not see it on the dummy as she has a bigger bust size than me.

I wish you all a lovely Easter weekend!