In order to not forget my lingerie sewing skills I decided to sew a bra every month. For my October project I chose again the Merckwardigh BHS10. As it has already been a while since I have sewn the last bra, I wanted to keep it easy. And I know that the fit is good.  For the panties I used again the Watson bikini pattern.

This is now the fourth bra with this pattern, so there is nothing new to say about the construction. The only thing I changed is that I sewed a satin ribbon on the inside of the bra cups. I have seen this several times and I think it looks quite pretty. 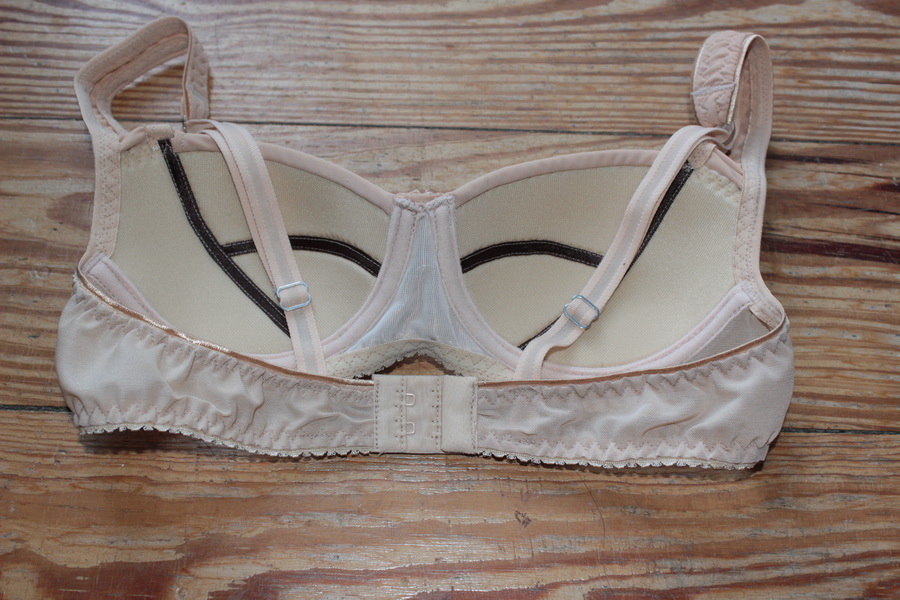 For the band I only used the powernet because the nude fabric is …just nude fabric and would not have added anything to the beauty (I think this color is just ugly…but it is the most invisible color to wear under white garments….).  I like the little bow, however, that I put in the middle to hide some uneven stitching: 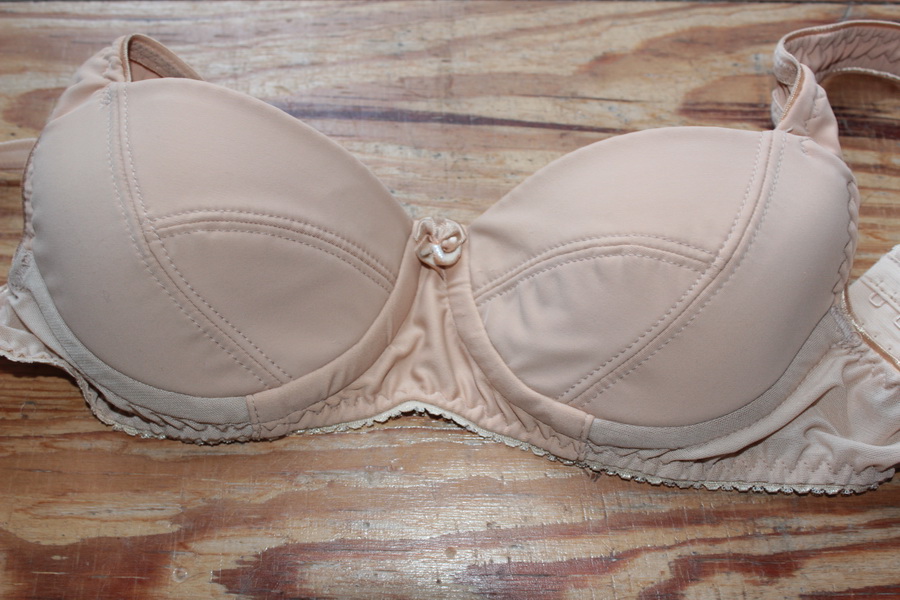 For this set I used a skin-colored kit from Sewy. What I do not like about the kits from Sewy is that they sell these for their own patterns. So you have to make sure that your bra pattern is similar to one of theirs. The charmeuse that came with the kit was too small for my bridge but luckily I had some in my stash that I could use.

For the next bra I will try a new pattern and use a more appealing fabric. I already have a kit with white lycra with red flowers and red notions.