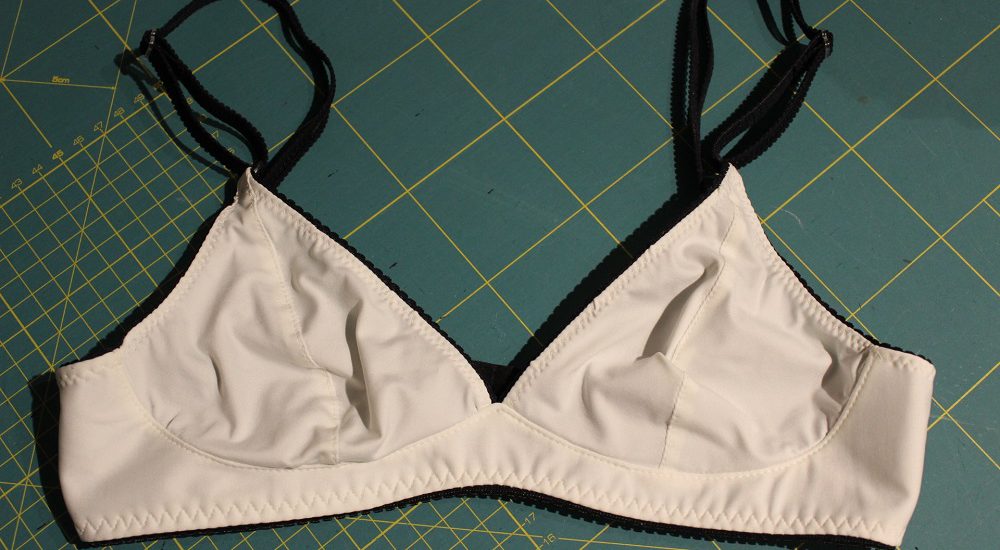 Have you already seen enough Watson bras in the blogosphere? Please bear with me, here is one more…. I sewed it already in January when Amy from Cloth Habit started the sew-along. As you probably already know, this is a soft bra. I thought it might be a good starting point to get into lingerie sewing, and I still think it is. The fit is forgiving, and you do not have to pay attention to underwires, let alone find the correct underwire size…. It was already quite an adventure to get all the notions.

So, this is my first ever Watson bra and bikini: 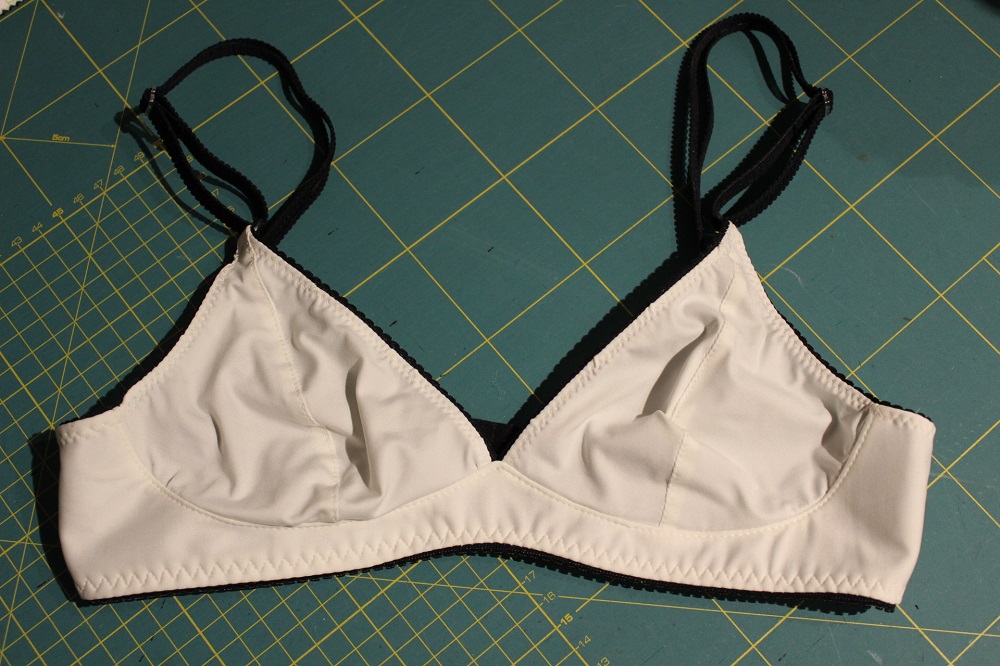 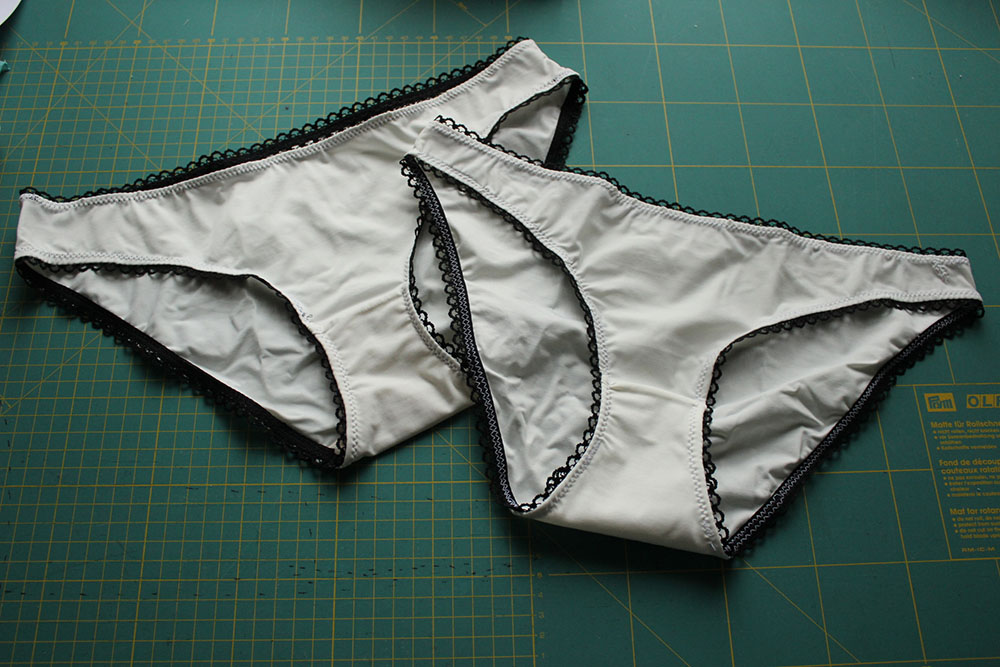 Honestly, I do not know what fabric it is I used. I placed an order at Wien 2000 and this fabric was in the parcel as extra. As it had the right amount of stretch I thought I could just use it for a first test version. Inspired by Amy’s bra that she showed during the sew-along I used black elastic I had in my stash.

I made no alterations for the bra. I cut a size 32A. For the bikini I cut size S. The first version is as the pattern came. For the second version (in the front of the picture above) I raised the leg opening a bit and added 1 cm lenght to the front piece at the crotch seam. I always feel that I need more lenght in the area, else the front always dips in a bit.

With the help of the sew-along I manged to sew the bra together. I did not try to have neat seam finishes, I just concentrated on the constuction. I struggeld with sewing the cups to the cradle, this needs a lot more of practicing. 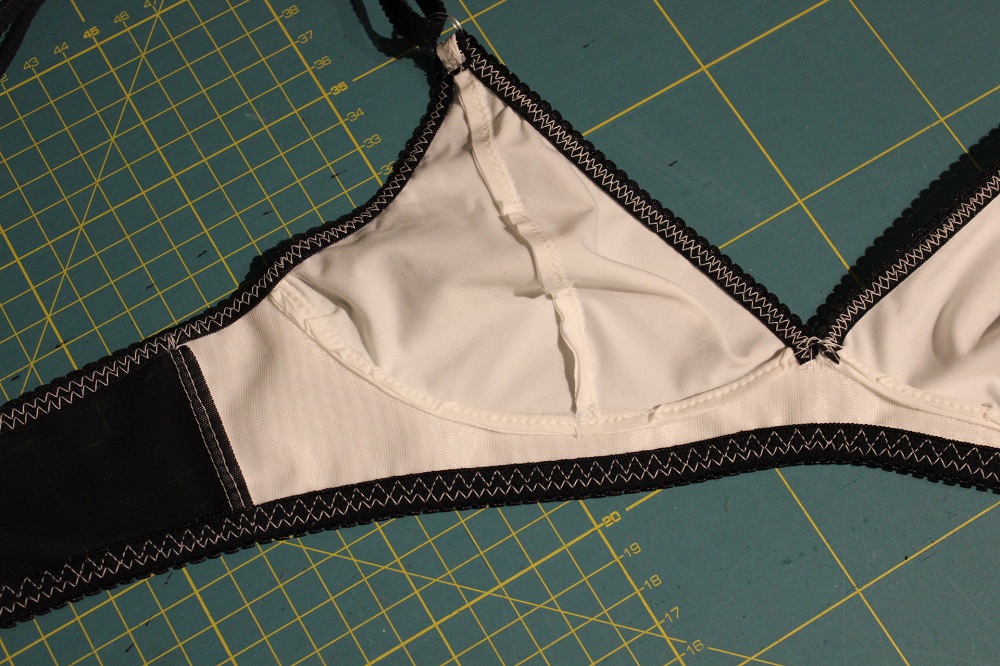 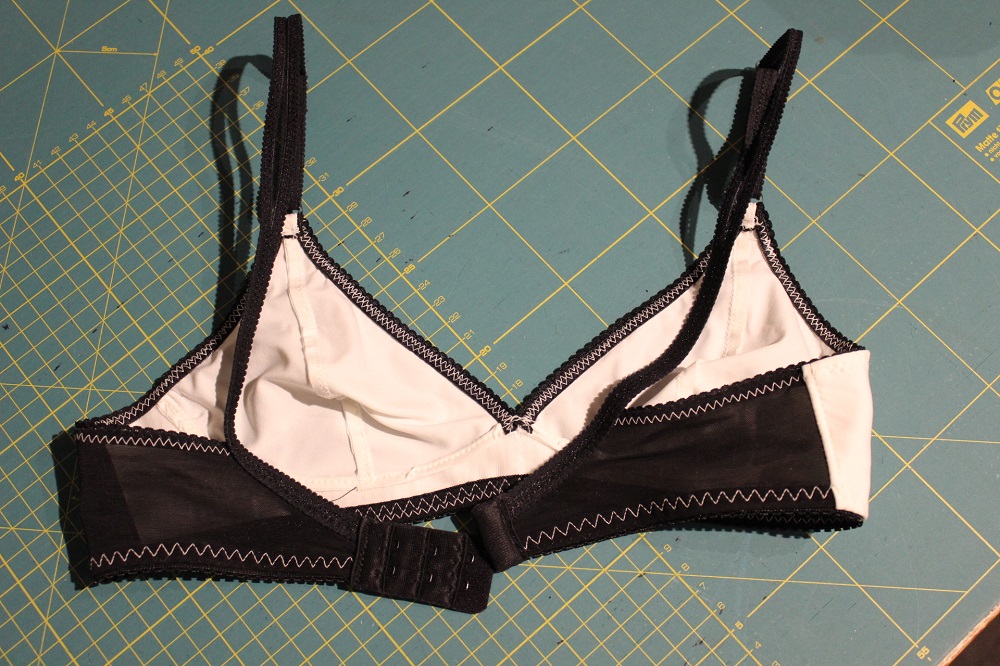 I love the bikini pattern. The fit is how I like it and they are a great starting point to play around with the design. This will become my favourite pattern.

For the bra, I am not sure. It felt uncomfortable when wearing it and first I thought that the band was too tight. But now I think that it is the cradle which is lined with some non-stretch fabric, as the pattern tells you. I do not have any RTW bra with a cradle, most of my bras only have a very narrow bridge. So I think that I am just not used to have a whole unstretchy cradle around my ribcage. For the next version I will try what happens when I use two layers of the outer fabric. This should reduce the stretch but still have some give.