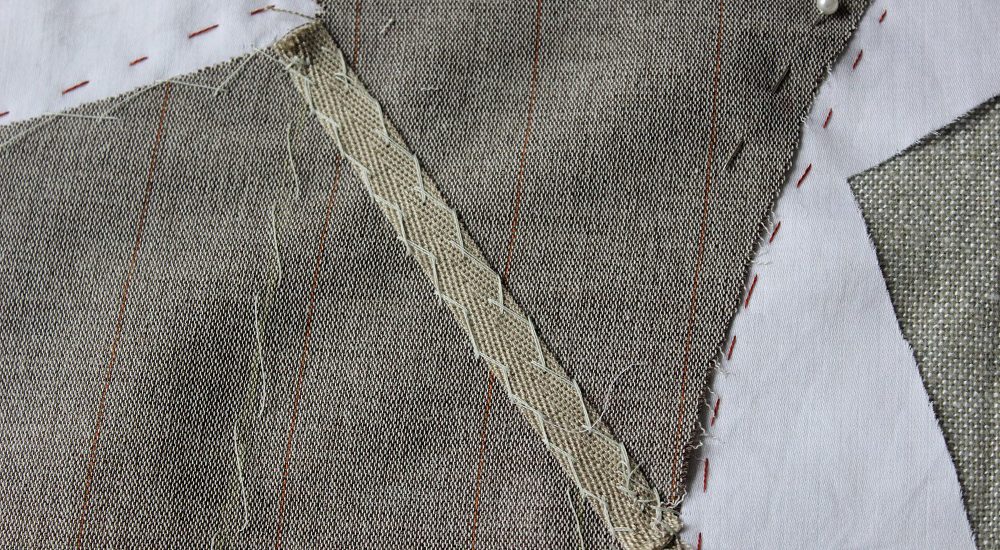 This week I finished some of the more complicated steps. First, I had to finish the second corner of the front panel. And this happens when you try to sew after a long day at work: 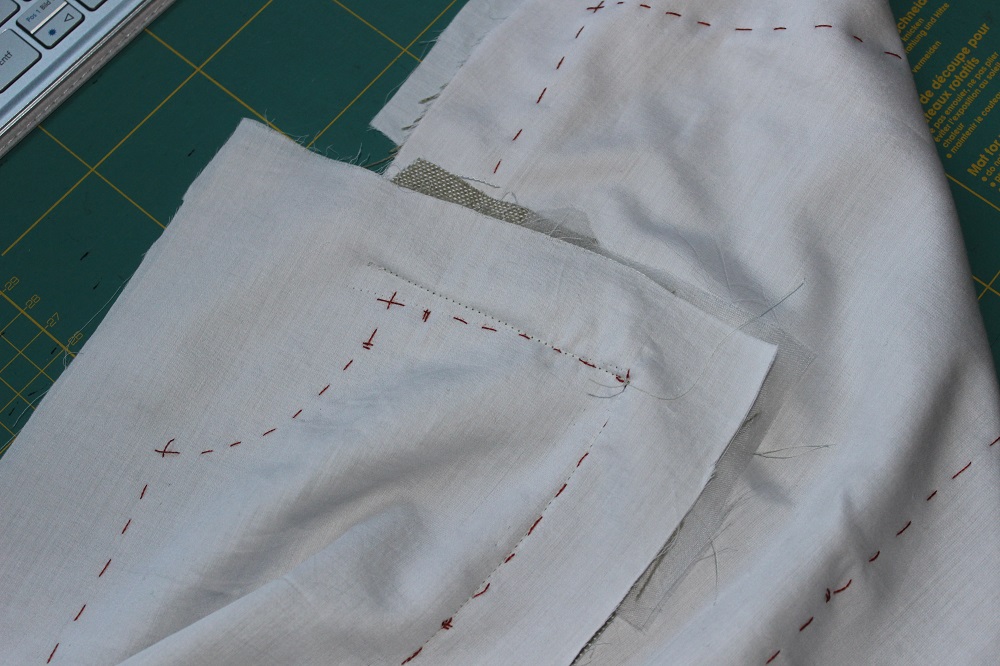 I had to unpick the corner three times until it was ok. This is how it looks at the inside: 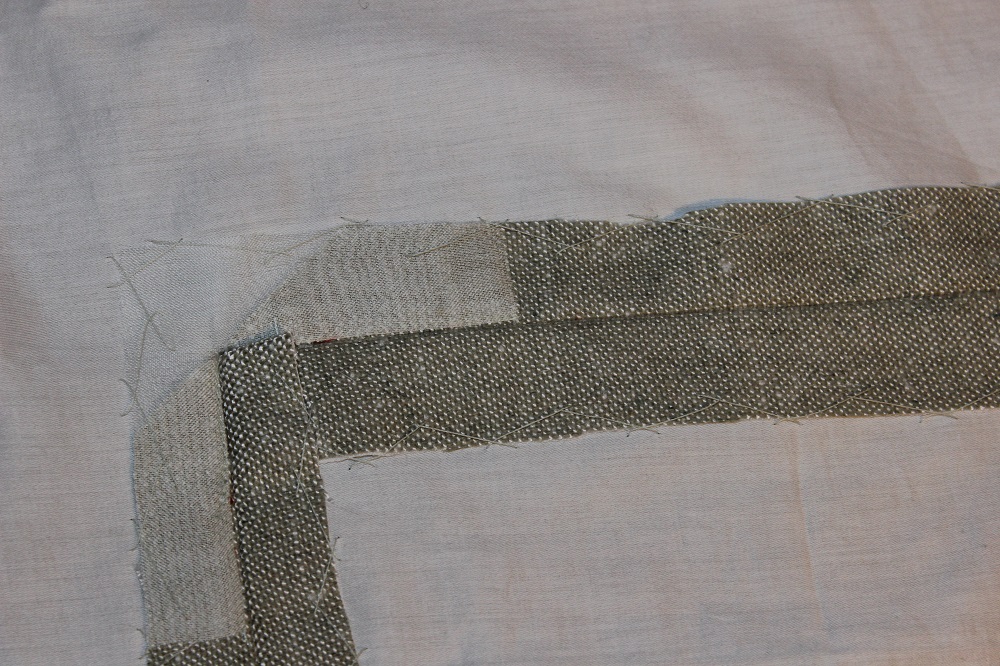 Next was pinning the front interfacing to the front bodice,  padstitiching and attaching stay tapes. 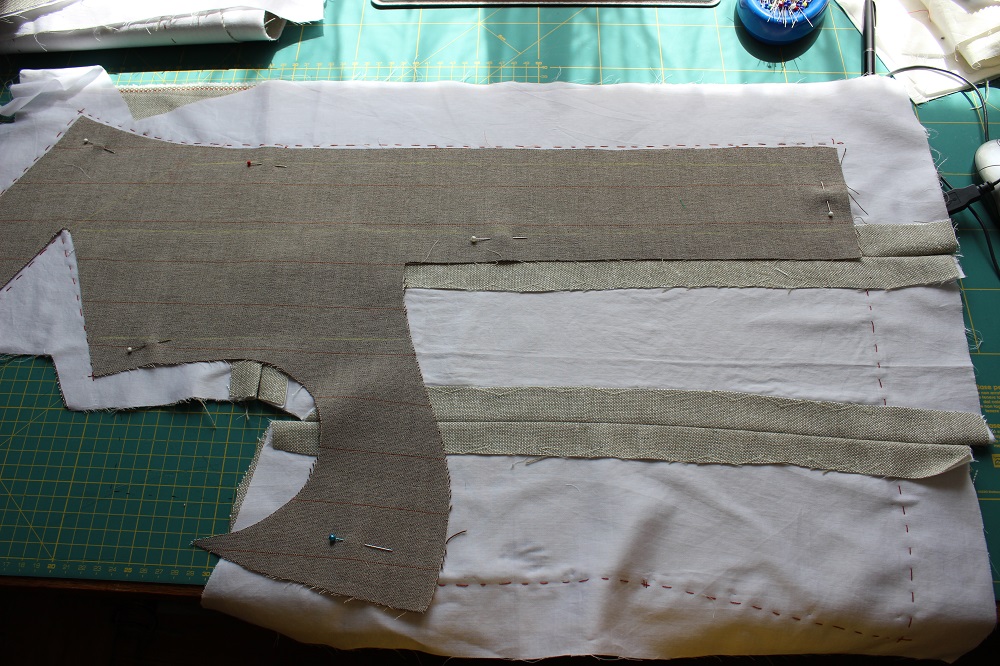 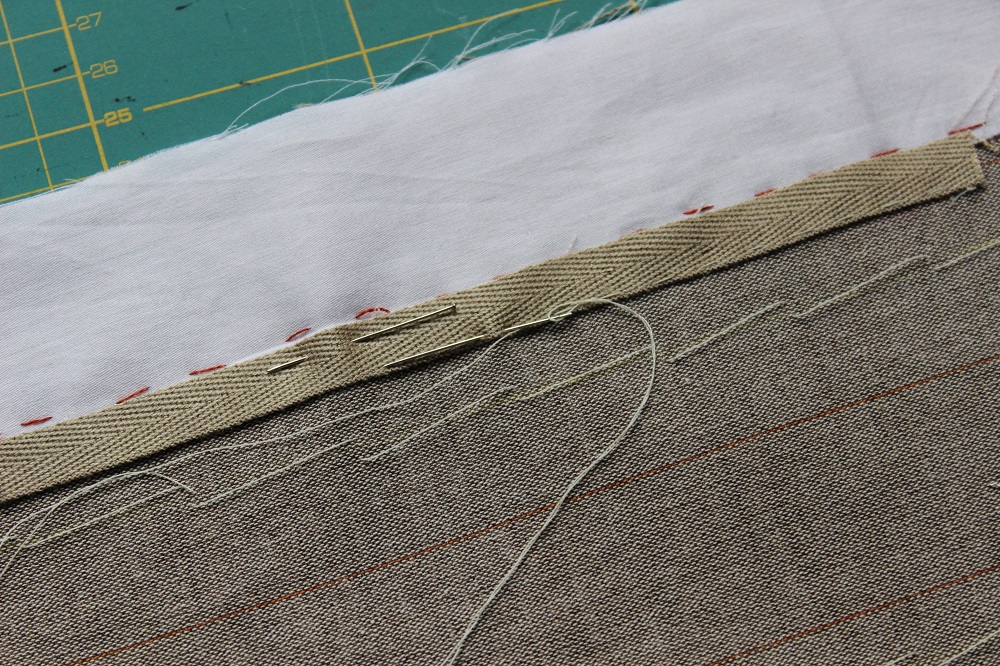 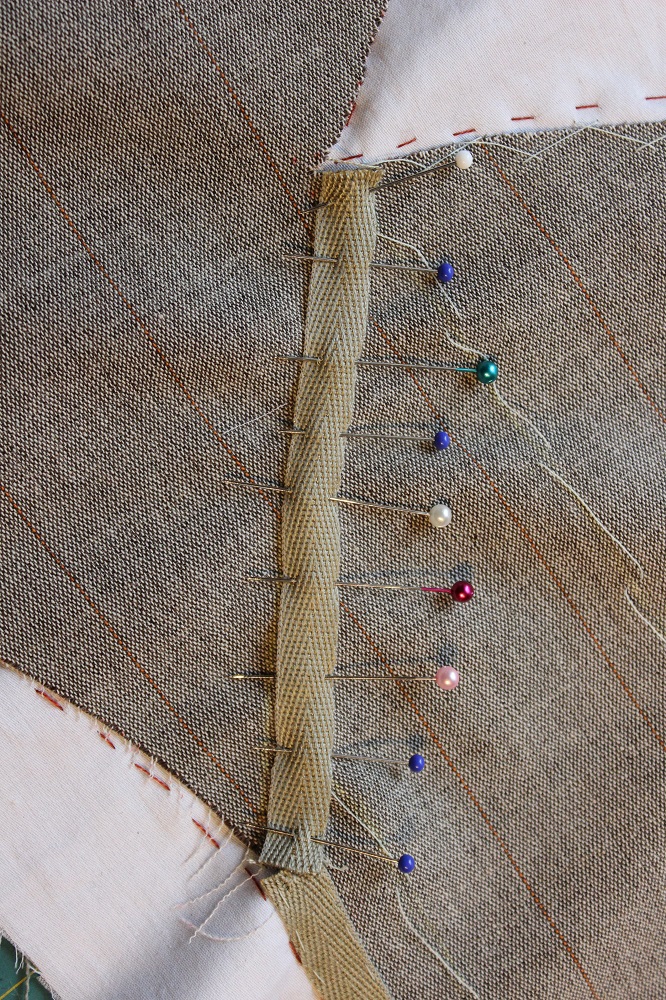 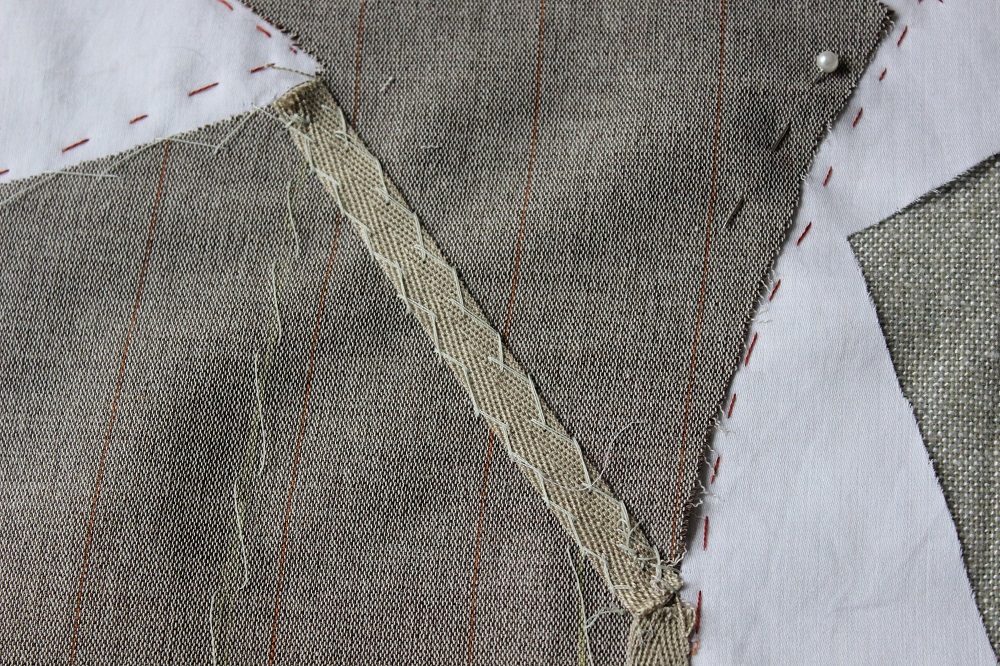 After that both front panels were sewn together at the collar center seam and the haircanvas fixed with a featherstitch. This stitch was something new for me but I liked it. And as I had trimmed my hair canvas a bit too much, I added a small piece in between. Before padstitiching, I marked the padstitiching lines with chalk. 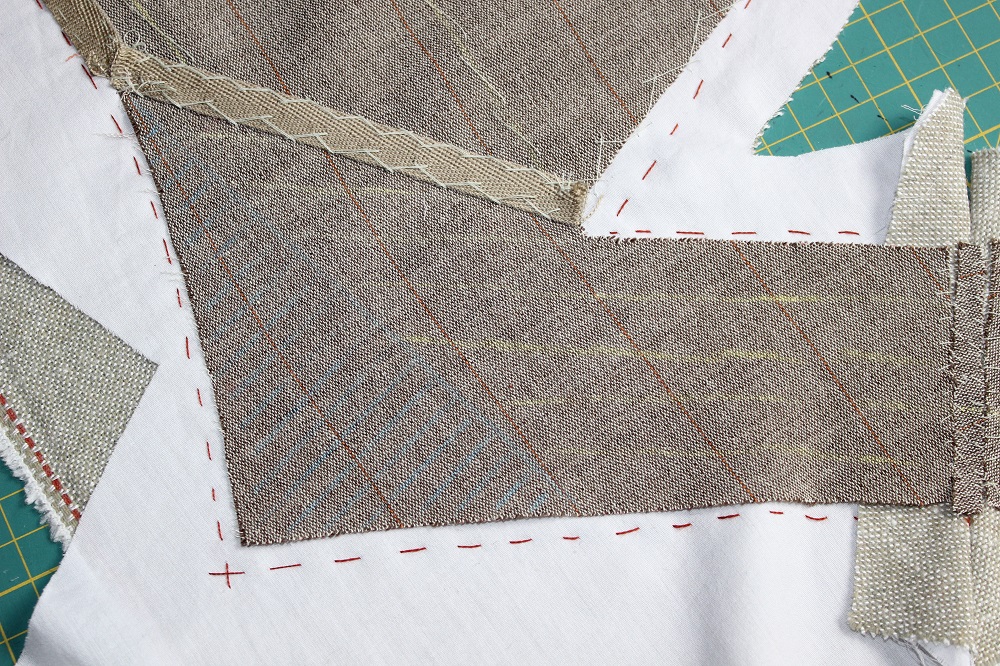 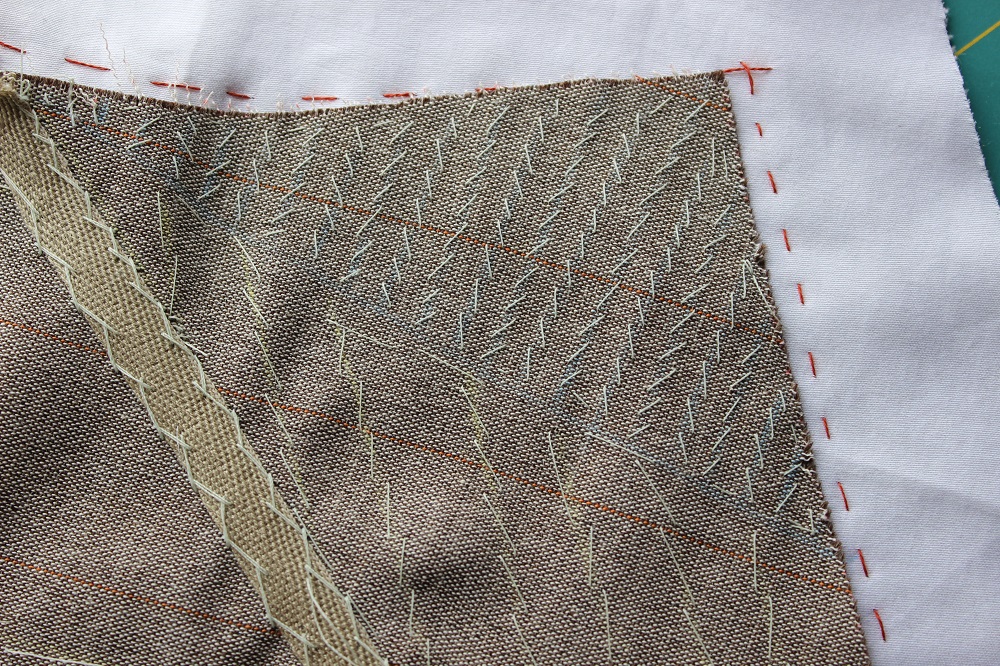 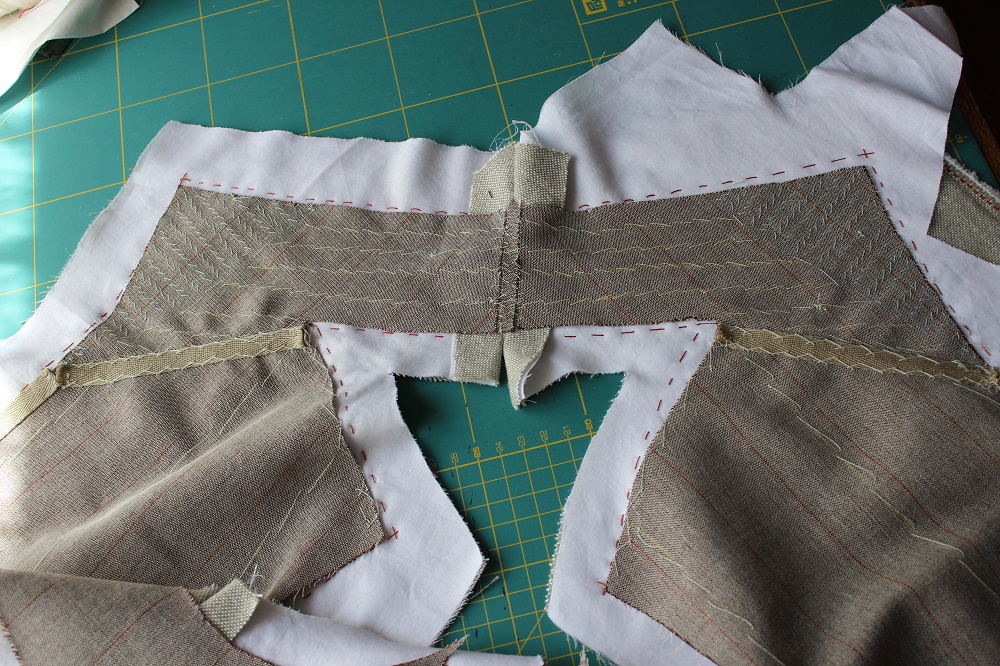 Then again corners wanted to be sewn when attaching the back to the front. I pinned and basted carefully and I am quite happe with the result: 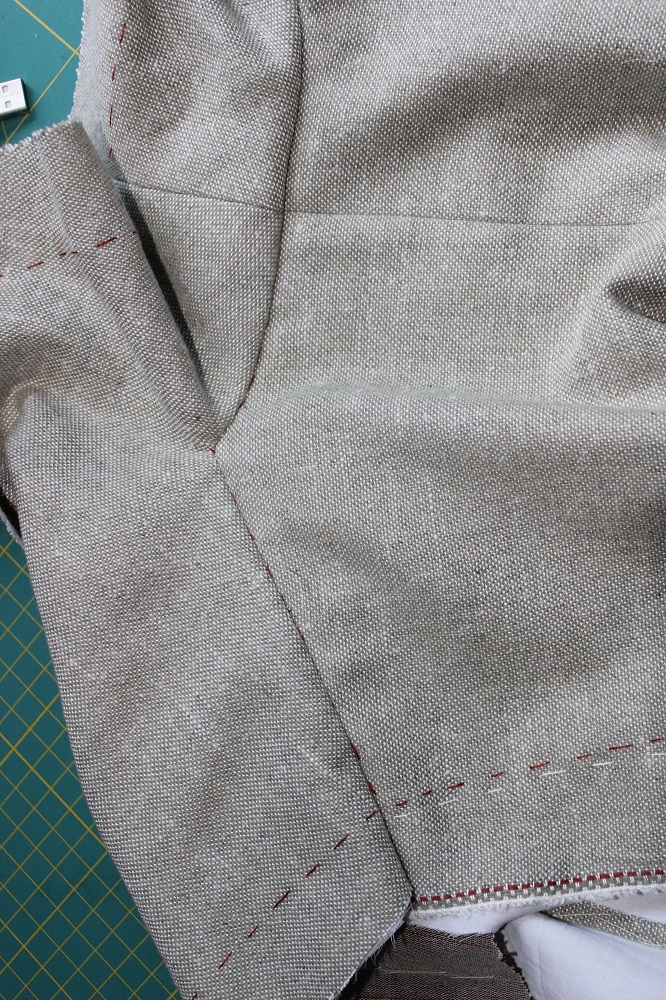 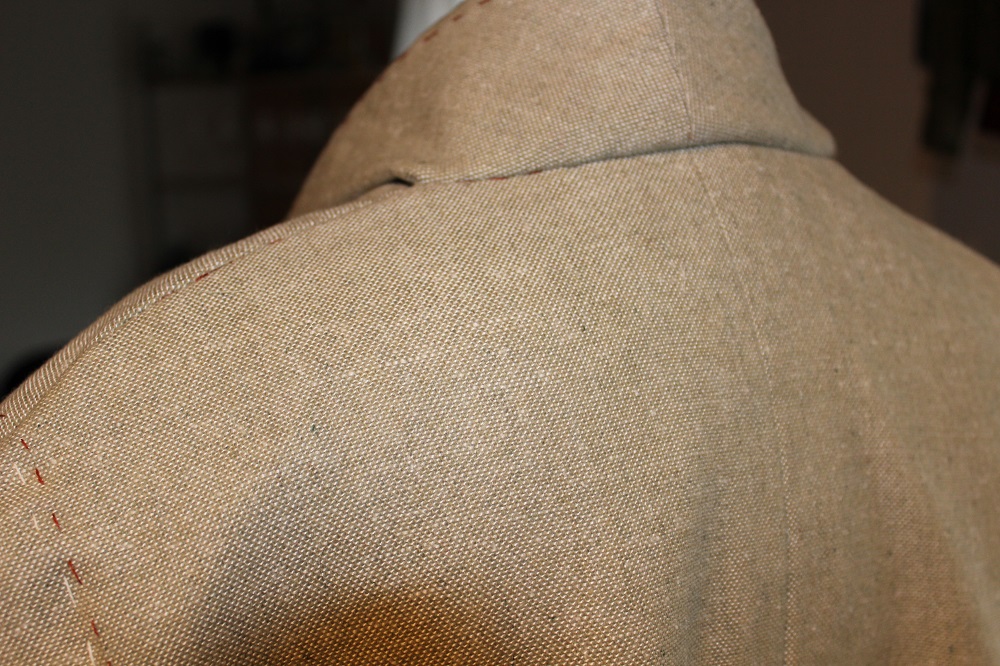 I am unsure where to put the seam allowances of the collar. Do you have any suggestions?

No comments yet
Jacket Marfy Tailoring