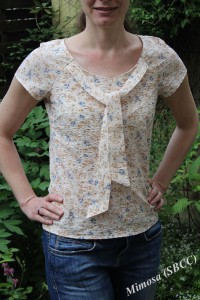 Two weeks ago I read about the Sewing Indie Month.

Until now, I have never used a pattern from an indie company, except a free Colette pattern. Of course, I have seen many indie patterns in the blogosphere but somehow I did not get around to sewing one. So I took the opportunity to check out some patterns. I did not know that there are so many indie companies. I do not like the style of every company, but there are a few interesting ones: Sew Chic Patterns, even if I do not know when to wear their dresses, SomaPatterns by Sylvie P because of the zero waste goal, Thread Theory (wow, a blog for mens wear only?). For my first try I used the Mimosa pattern from SBCC (skinny bith curvy chicken). 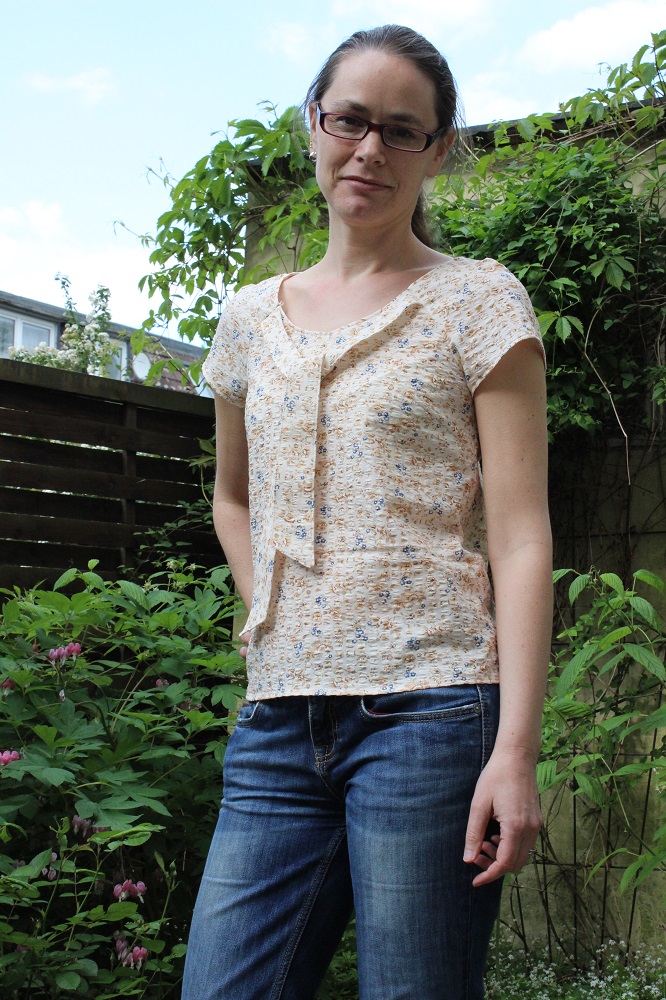 The blouse is easy to sew, there are only two darts and no closure. The instructions are clear, but you should not expect details like when to trim a seam allowance. I like how it came out, especially the tie detail. Just a nice casual blouse for summer. 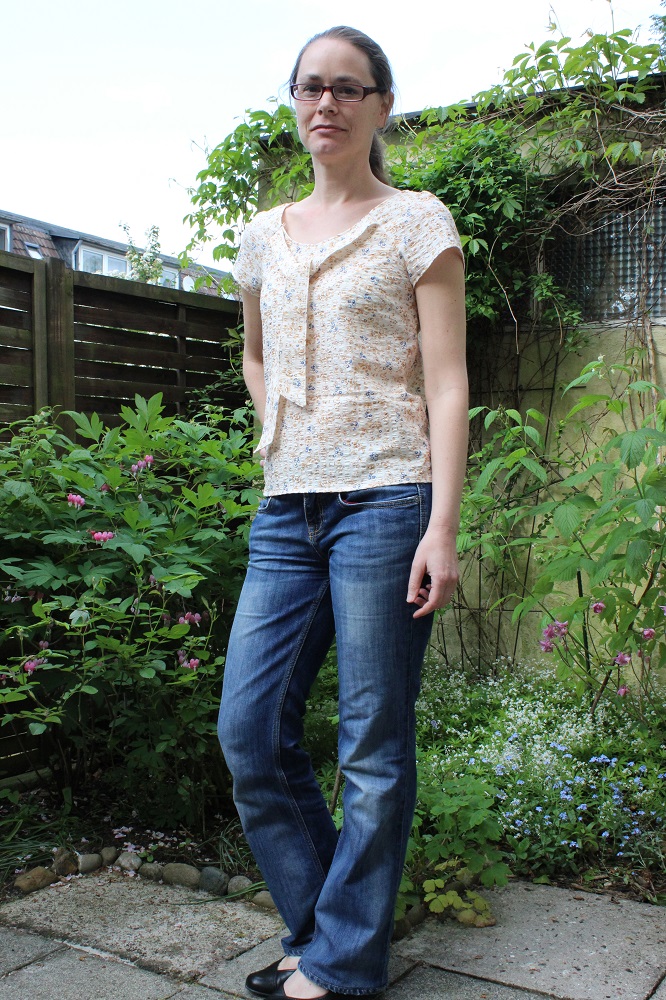 The back is quite simple: 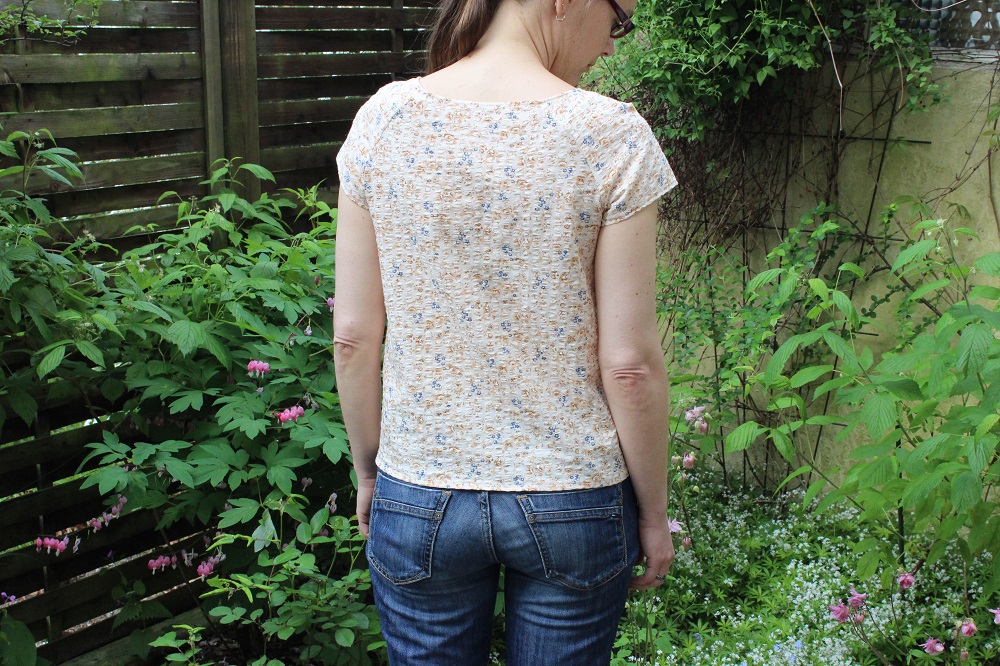 The back neckline is finished with bias tape. The front neckline is finished with a facing: 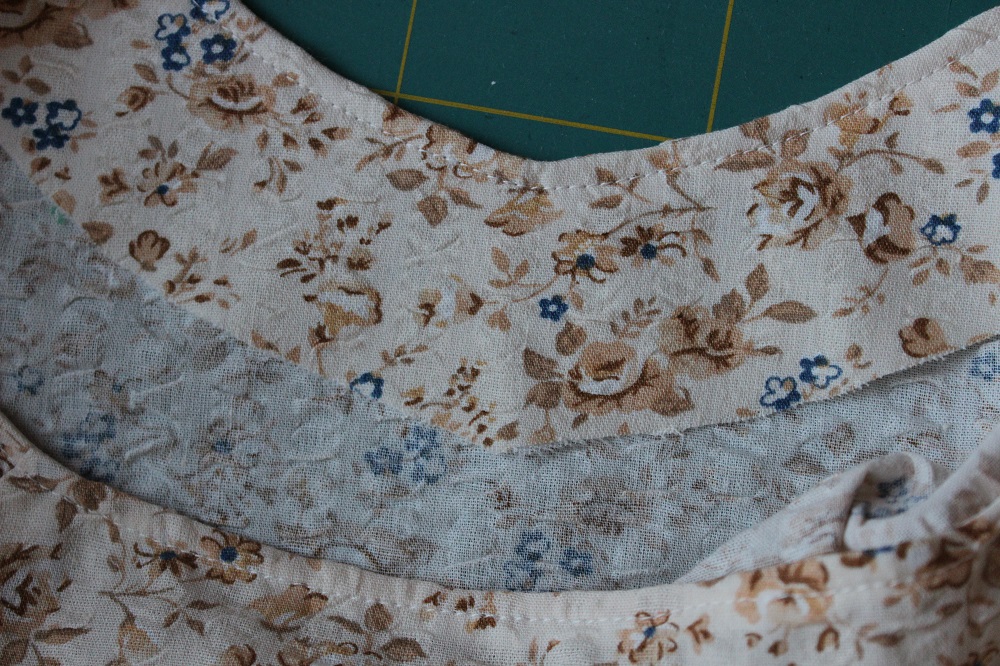 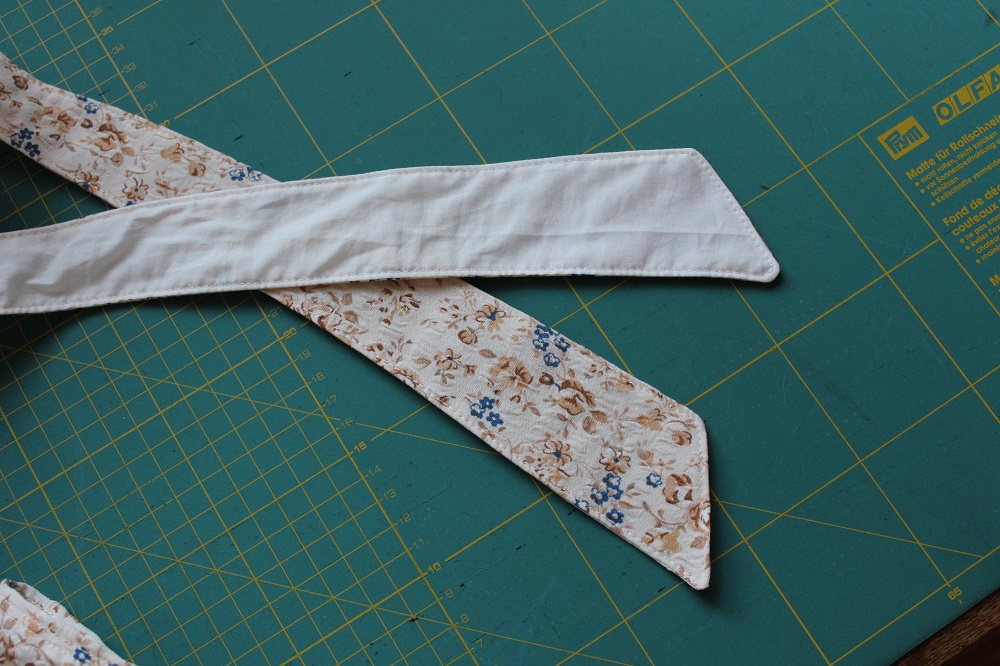 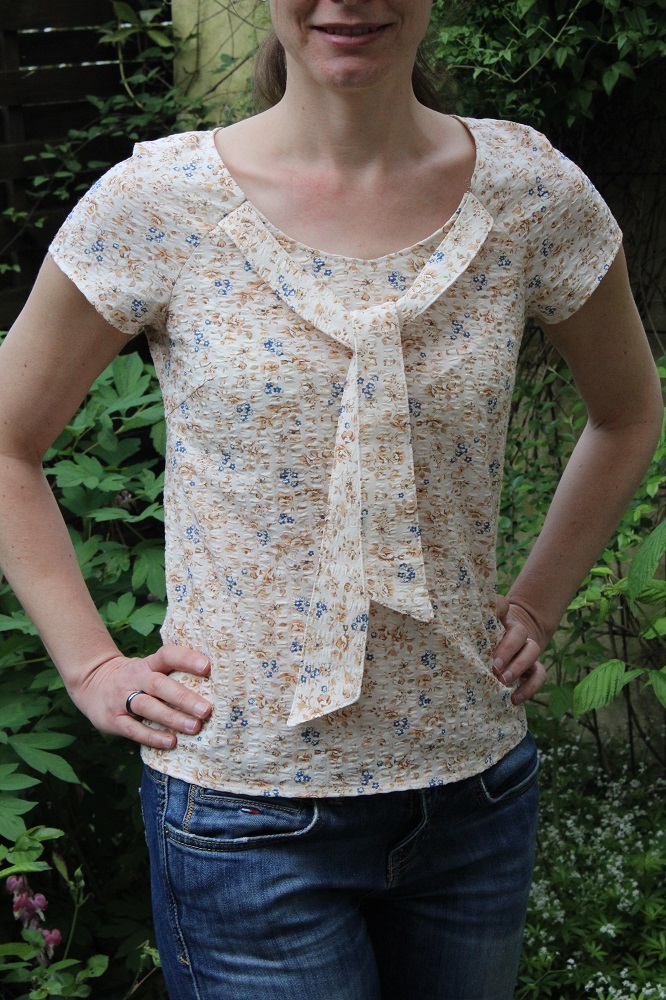 I like it with jeans, but it looks also great a bit more dressed up with black trousers: I cut a size XS, but next time I will cut S, as it is a bit small in the shoulders. I think this is a versatile pattern. I can imagine this blouse in a more drapey fabric, maybe even some knits. Or adding some darts to make it more close-fitting.